Posted on December 13, 2016 by lynnmariebowman 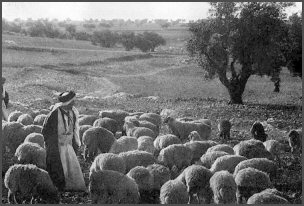 8 And in the same region there were shepherds out in the field, keeping watch over their flock by night. 9 And an angel of the Lord appeared to them, and the glory of the Lord shone around them, and they were filled with great fear. 10 And the angel said to them, “Fear not, for behold, I bring you good news of great joy that will be for all the people. 11 For unto you is born this day in the city of David a Savior, who is Christ the Lord. 12 And this will be a sign for you: you will find a baby wrapped in swaddling cloths and lying in a manger.” 13 And suddenly there was with the angel a multitude of the heavenly host praising God and saying,

14 “Glory to God in the highest,
and on earth peace among those with whom he is pleased!”

15 When the angels went away from them into heaven, the shepherds said to one another, “Let us go over to Bethlehem and see this thing that has happened, which the Lord has made known to us.” 16 And they went with haste and found Mary and Joseph, and the baby lying in a manger.17 And when they saw it, they made known the saying that had been told them concerning this child. 18 And all who heard it wondered at what the shepherds told them. 19 But Mary treasured up all these things, pondering them in her heart. 20 And the shepherds returned, glorifying and praising God for all they had heard and seen, as it had been told them.

What must it have been like for the shepherds tending their flock that night? I’ve always known that shepherds were despised and considered outcasts of society, but I didn’t know the reason why. A couple of weeks ago I was home in bed on Sunday watching the services on TV of Grove Avenue and First Baptist. Dr. Becton at Grove Avenue explained the reason. He said that shepherds were never able to get to the temple for the purification rights required in Jewish law; thus, they were considered unclean and sinful. Coupled with the fact that shepherds really stunk, as I mentioned in a previous post, shunning shepherds was an easy thing to do. Over the years, you can imagine the self-esteem issues shepherds had. They probably began to assume that God also thought them to be despised, unworthy, and outcasts of society. On this night, however, God showed up and righted wrongs-not just for the shepherds, but for all of us. Of all the people to which to announce the coming of the Son of God, he chose those lowest in society. He chose the ones who truly cared for their flock. He chose the ones He would use as metaphors throughout the gospels as an example for us for how to live well and love well.